Our industry is quickly losing experienced personnel to retirements and lifestyle changes. Re-Wirement will allow these experienced operators to be available for part time employment, training sessions or remote mentoring of our next generation of water industry personnel.

Rewired persons who wish to offer something useful from their previous lives, while at the same time remaining active and engaged are welcome to register their interest online. 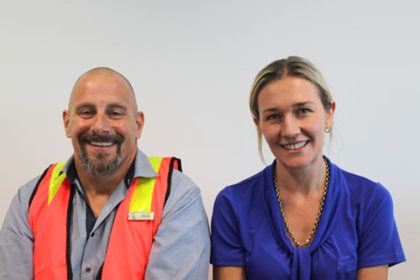 The Water Quality Awareness 101 concept was developed by Mick Clewes and Heidi Josipovic.

Induction training of new personnel and contractors working in the water industry has mostly focused on OH&S issues to date and little attention has been given to a most important facet of overall safety – water consumed by the general public.  Water is now recognized as a food grade product and needs to be treated with the same diligence and care as other foods which are produced and consumed on a daily basis.

Mick and Heidi have written a training booklet as the first stage of inducting persons who are involved in the water industry and who have the potential to expose the consumers to health issues, either indirectly or directly, unintentional or intentional.

If vandals access sites on a regular basis and there is evidence of unauthorised access to the roof area, then the overall risk rating for the tank is ROL (Running on luck!) for potential water quality impacts, structural or fixture damages.